By now you will have received communications from Denzil Minnan-Wong regarding the construction of a community centre to be built at 169 The Donway West (the site of the old post office) which would include: 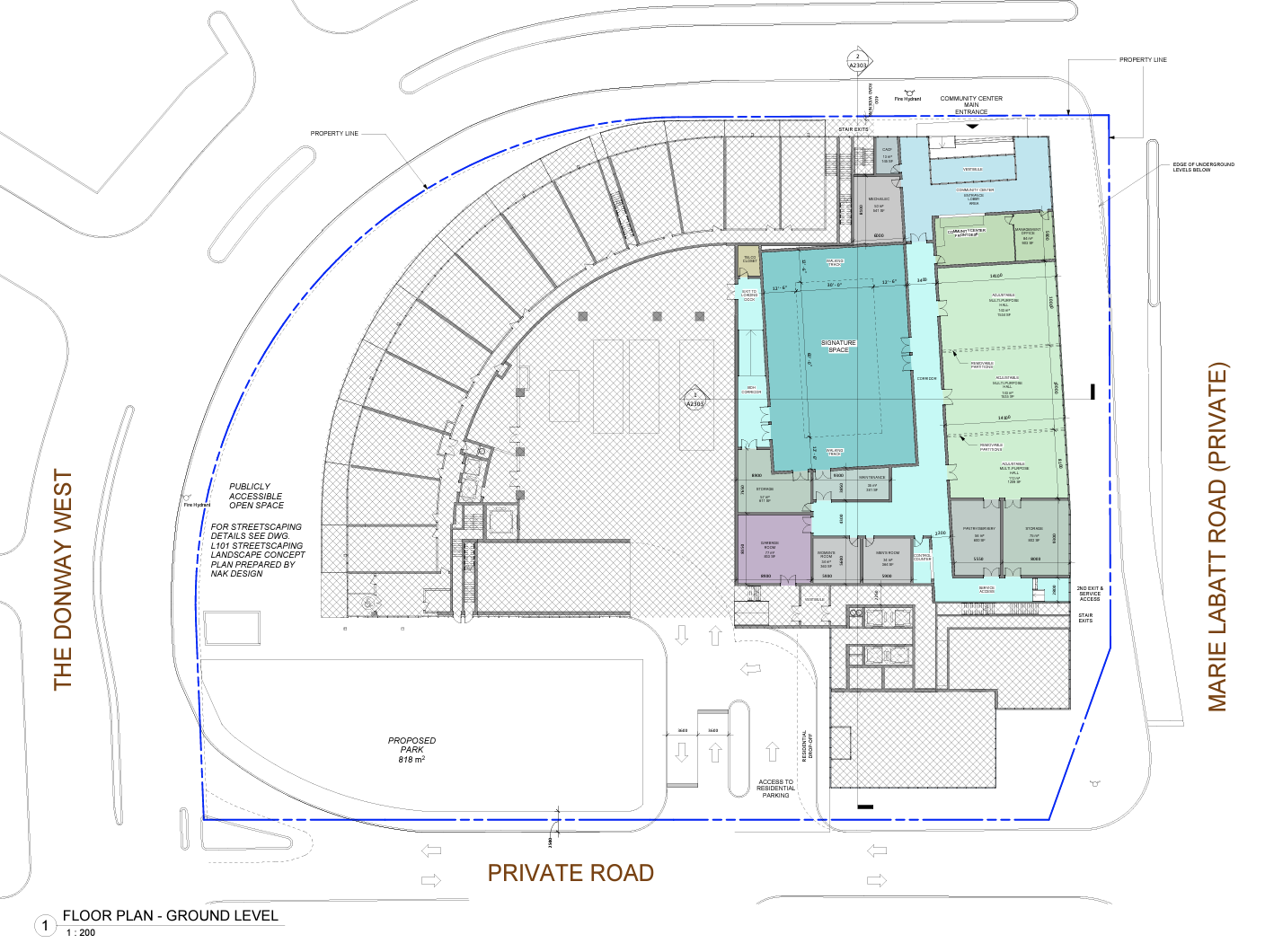 • Integrated walking track
• Flexible meeting/fitness spaces
• Small Gymnasium/auditorium and associated change rooms and washrooms
• Pantry/servery
• Administrative space
• Direct access from the street and fully accessible
• The space will be appropriate for arts, crafts, social, charitable, and educational activities, as well as recreational purposes and programming for people of all ages.

Cadillac Fairview & Lanterra will build and outfit the community centre in exchange for permission to build 3 more storeys at the site, for a total of 28 storeys. The construction will be fully financed by the developers and the site will be leased back to the City for $1. The City would then operate the site - most likely by hiring a non-for-profit operator. Full Proposal

Don Mills Residents Inc. (DMRI) is in favour of this proposal.

DMRI is currently appealing the June 2, 2021 Ontario Superior Court decision regarding the original 49,000 sq.ft. Community Centre at 966 Don Mills Road. The Court decided in favour of the City, however, our lawyers and DMRI contend the judge made several serious errors in law.

The City is understandably concerned that if the DMRI wins the Appeal, the City could be obligated to build a community centre at 966 Don Mills and at 169 The Donway West. We agree that outcome does not make sense.

What we need is a commitment and agreement for the public land at 966 Don Mills Rd. to stay in the public domain and be utilized for public use. But, the City refuses to negotiate.

Instead, the City and Denzil Minnan-Wong have demanded that the DMRI drop its appeal AND have no further say in what happens to the lands at 966 Don Mills Rd.

2010 – 2018: In light of the redevelopment of the Don Mills Plaza (now known as the Shops at Don Mills) and the surrounding condominiums, the City, the DMRI and Civitan worked together to redesign the encompassed public spaces. This resulted in an agreement to move the Civitan Arena to the Celestica site and to construct the 49,000 sq.ft. Community Centre at 966 Don Mills Road.

2018: DMRI, the City and Cadillac Fairview started working to implement the Community Centre component of that agreement.

2019: The City unilaterally and without consultation with DMRI or the community changed its mind and ceased meeting with the DMRI or Cadillac Fairview.

2020: The DMRI took the City to court regarding this action.

2021: The DMRI lost that action but chose to appeal it since the judge appears to have made errors in law. The decision by the judge has possibly set a dangerous precedent which effectively means that no third party can ever make an agreement with the City from now on because the City can walk away from it the very next day. Furthermore, this potential precedent could impact any city and any third party in Ontario; meaning, every community association in Ontario could be impacted.

2021: The DMRI, Cadillac Fairview/Lanterra and the City agree to build a smaller Community Centre in the podium of the new building to be constructed at 169 The Donway West: at no cost to the City. However, the City unilaterally puts a condition on its agreement to this Community Centre. That condition is that DMRI withdraw its appeal and agree to have nothing further to say about the uses of the land at 966 Don Mills Rd (the original site of the Community Centre agreed to in 2010).

Please help us understand how you feel about the options in front of our community: